Portugal teachers Protest – Protesting teachers have asked for the resignation of the education minister because they want better compensation and working conditions. The action is “atypical, disproportionate, and drastic,” according to the minister. On Saturday, tens of thousands of teachers and school employees protested in Lisbon in favor of better wages and working conditions.

While the organizers, the Union of All Education Professionals (STOP), claimed “more than 100,000” individuals attended the march, police reported that more than 20,000 people were there. While some demonstrators demanded the resignation of Education Minister Joao Costa, others donned black to mourn the plight of the educational system.

Why are the teachers protesting in Portugal?Portugal teachers

Maria Duarte, a history teacher, told the news agency Reuters that teachers “deserve a reasonable income since we’ve worked all our lives…we’ve never been corrupt and we’ve never stolen like the negative example that is regrettably coming from politicians.”

The lowest-paid teachers make about E1,100 ($1,191.08) per month on average, while even those in the highest pay bracket frequently make less than E2,000. Special needs instructor Lucinda Lopes stated that “we have to be respected.” “They can’t take away what little we have; they have to give us what is legitimately ours.”

Following a series of partial strikes that began at the beginning of December and resulted in the closure of numerous schools, there will be a demonstration on Saturday.

More strikes are planned to begin on Monday, and they will continue through a national protest on February 11.

Education Minister Joao Costa took a firm position, calling the conduct “atypical, inappropriate, and radical in the middle of a negotiation process.” The minister has a meeting with the unions arranged for Wednesday to begin new negotiations, but he has threatened to enforce bare-bones services to force some teachers back to work. 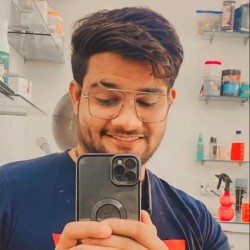 By Profession, Kumar Laxman Is An Engineer And Like To Write Articles About Finance, Business, Credit Cards, Banking And loans.